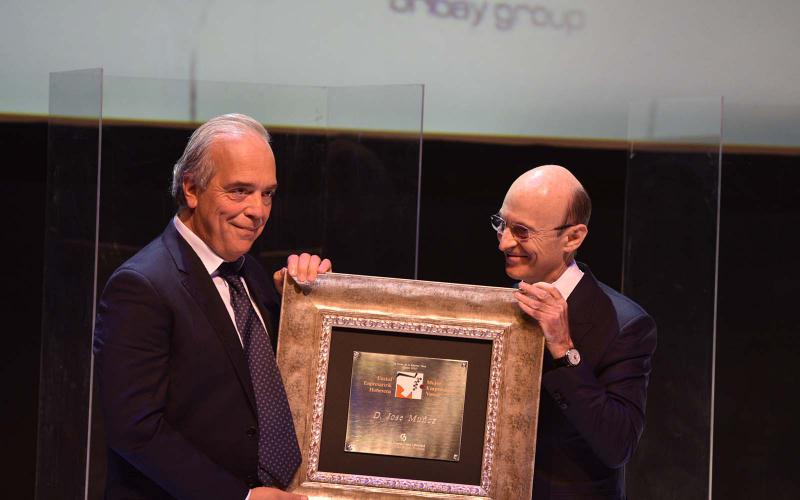 Three other winners shared the stage with Jose Muñoz from the Oribay Group, and saw their business careers recognised. 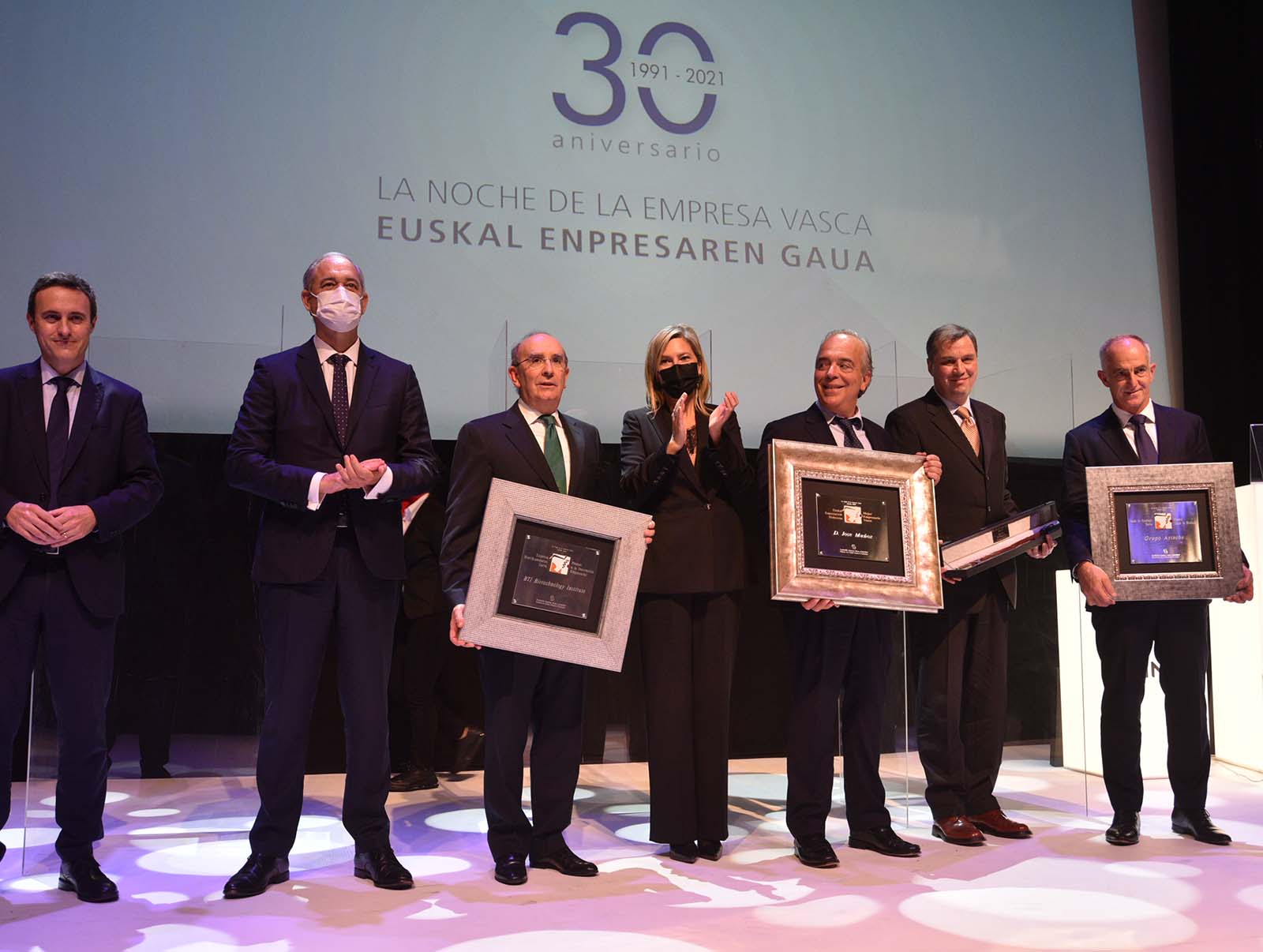 The panel also recognised the work of Arteche, a world leader in electrical equipment goods receiving the Made in Euskadi award, which last year was awarded to Rafael Stirling of Irizar e-mobility. BTI Biotechnology Institute lead by Eduardo Anitua and a pioneer in the industrialisation of biotechnology was recognised for their experience with the Business Innovation award. This time it was Ander Aramburu from Lazpiur Group who received it. The most endearing tribute of the night was in the form of Euskal Makila to KSB, which in 2003 incorporated Bombas Itur into its group, accomplishing a century’s activity in 2020. Matthias Gutherl, managing director of the Gipuzkoa subsidiary, received the award from Markel Olano, Deputy General of Gipuzkoa.

With COVID as part of the scenery, the event took place in the Guggenheim Museum Bilbao. It was closed with a speech by the president of the General Assemblies of Bizkaia, Ana Otadui, who presided over the business gala.

It was a pleasure for CMZ to be on the front line and witness how initiatives like this recognise and empower the sometimes forgotten or ignored role of Basque companies. Their contribution to wealth and technological development is a tangible reality which deserves to be highlighted in prestigious events such as The Basque Business Night.

It was inevitable to remember that last year CMZ received the award of Best Basque Entrepreneur 2019 in the hands of Aitor Zumarraga. We say CMZ because we firmly believe that it was a recognition of the work of the almost 400 people who make it possible for us to continue #turningtheworld every day.